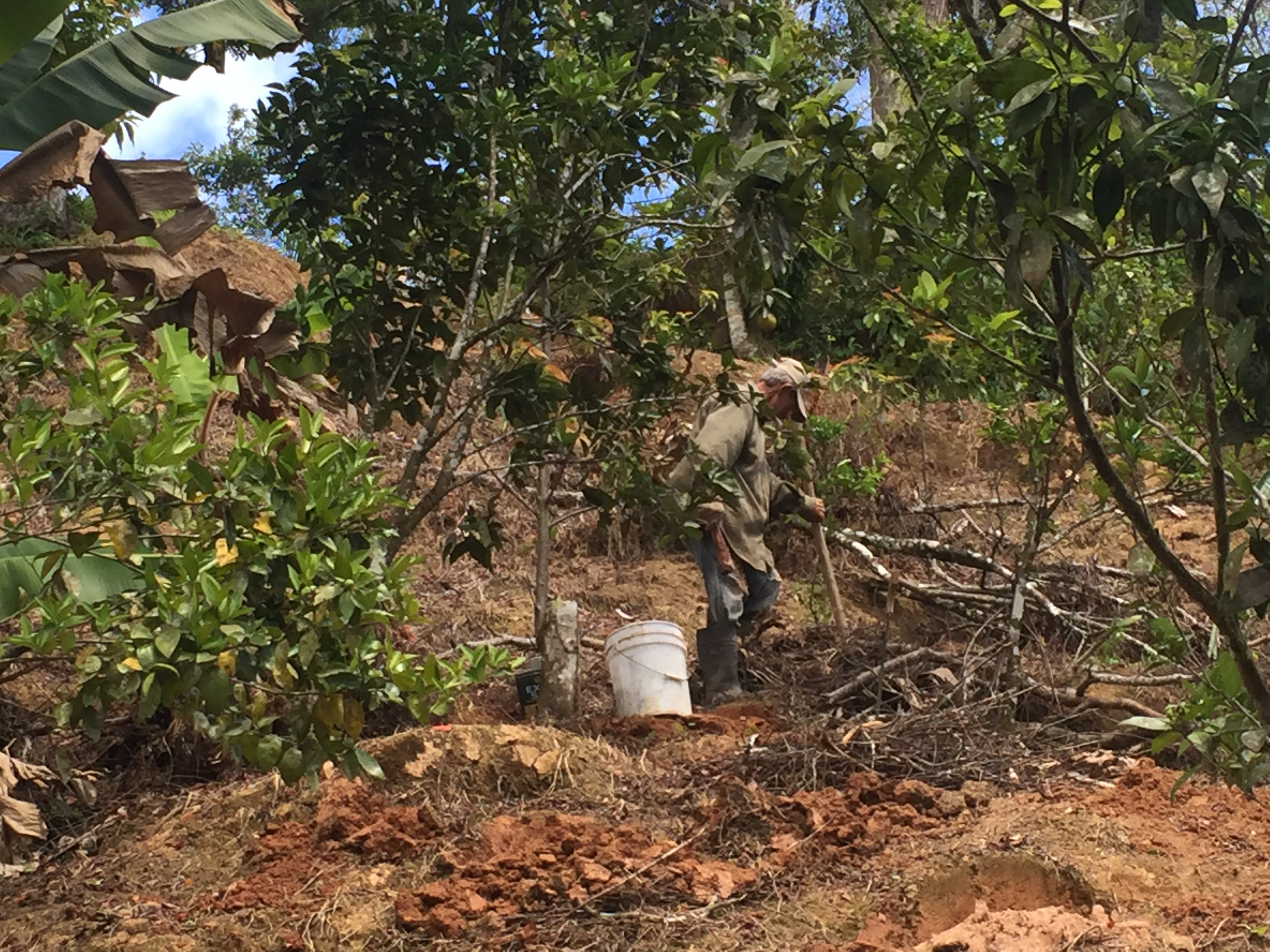 So, when Hurricane Maria struck Puerto Rico as a Category 4 storm in September 2017, Perfecto and Vandermeer had certain expectations about the types and extent of damages the storm would inflict on the coffee industry, long a backbone of the island’s agricultural sector. 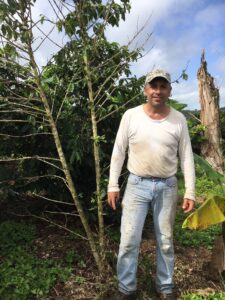 Puerto Rican coffee farmer Raul Toledo standing next to a coffee tree stripped of its leaves by Hurricane Maria winds. The trunk of the large tree behind Toledo snapped during the storm. Image credit: Ivette Perfecto

But when they analyzed data collected at 28 Puerto Rican coffee farms less than a year after Maria and compared it to 2013 data from the same farms, many of those expectations flew right out the window.

One of the biggest surprises: There was no link between the amount of shade on a coffee farm—a key measure of management intensity—and damage from the hurricane.

The expectation by Perfecto and Vandermeer going into the Hurricane Maria study was that shade trees would act as windbreaks and that damage to coffee plants would be less severe in these “agroforestry systems” than at farms without trees.

While most of the Puerto Rican coffee farms did lose a great deal of shade cover—an average of 37.5% canopy loss—there was “no relationship” between the amount of shade on a farm and damage to its coffee plants, the researchers report in a study scheduled for publication Oct. 30 in Scientific Reports, a Nature journal.

Instead, the researchers observed an enormous amount of variability.

One possible explanation: Yes, the wind-shielding effect of shade trees is real, but it has limits. Maria was the strongest hurricane to hit Puerto Rico since 1928, with sustained winds of 155 mph.

“Canopy cover with relatively large shade trees is likely to be effective at providing some windbreak protection of coffee plants,” said Perfecto, a professor at the U-M School for Environment and Sustainability and first author of the study. “But when winds are so strong, those trees are toppled, and their trunks and canopies can do considerable damage to the coffee trees below.”

Across Latin America in recent decades, many coffee farmers have abandoned traditional shade-growing techniques, in which the plants are grown beneath a diverse canopy of trees. In an effort to increase production, much of the acreage has been converted to “sun coffee,” which involves thinning the canopy or removing it completely. 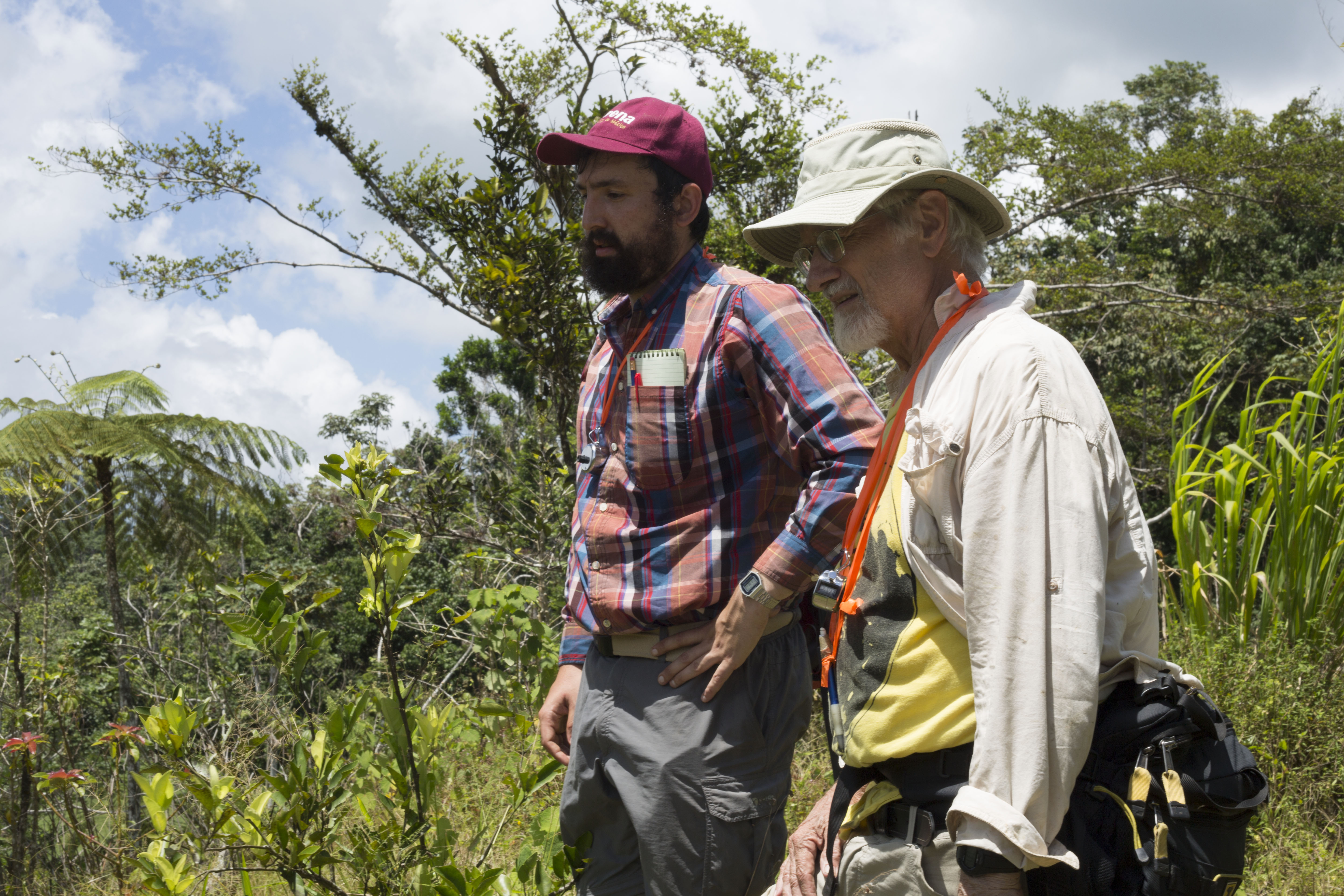 That’s also true at coffee farms on Puerto Rico, which are mainly clustered in the island’s central western region. Those farms can be placed along a management intensification gradient that runs the gamut from highly diverse shaded systems with a forest-like canopy (least intensified) to coffee monocultures with no shade trees (most intensified).

Given this wide range of management styles, Puerto Rico offered the U-M researchers an excellent model system to study the ability of coffee farms to withstand hurricane damage and to recover afterward. It’s a research question that’s especially important in the context of a changing climate, with the possibility of increasingly frequent intense hurricanes.

While management style at a given coffee farm proved to be a poor predictor of either resistance or resilience, the socioeconomic context of individual farms seems to be a better indicator, according to the researchers.

The importance of socioeconomic context can be seen by examining one key player on any farm or backyard garden: weeds.

Hurricane Maria reduced shade cover on Puerto Rico’s coffee farms, which stimulated the growth of weeds. Grasses, sedges and broadleaf weeds formed natural trellises that allowed vines to spread to coffee bushes, where they soon engulfed and choked the plants.

Farmers who had the resources to hire laborers or to buy herbicides were able to quickly clear weeds before the vines took over.

But poor or infirm farmers weren’t able to mount a speedy response after the storm. Once vines climb onto coffee bushes, spraying herbicides is no longer an option, and the required labor increases dramatically. 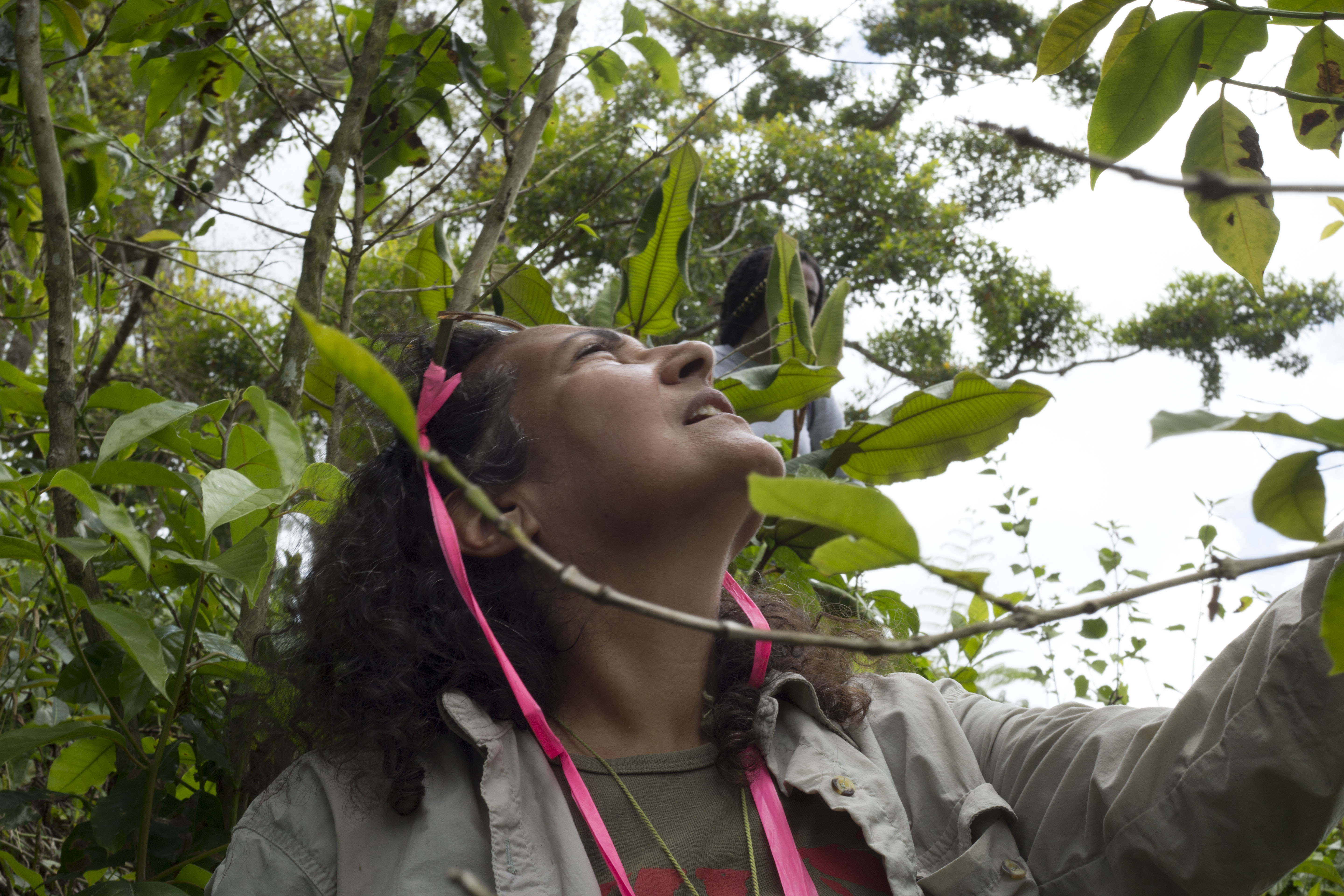 In addition, some farmers who had enough money to fertilize their coffee plants seemed to have weathered the storm better than those who did not fertilize, according to the researchers. Fertilizers (either organic or conventional) can promote the growth of a well-developed root system, which can help plants withstand high winds and heavy rains.

The U-M-led research team conducted a survey of 36 Puerto Rican coffee farms in 2013. The study included measurements of shade cover and other variables, as well as interviews with farmers to obtain data on expenditures for pesticides, herbicides and fertilizers.

Eight of the 36 farms were abandoned after Hurricane Maria. The remaining 28 farms were resurveyed between February and July 2018. A subset of 10 farms were chosen for a detailed examination of key pests on the property. Interviews with farmers on the 10 intensively sampled farms were conducted in August 2018.

The study was funded by grants from the U.S. Department of Agriculture’s National Institute of Food and Agriculture.