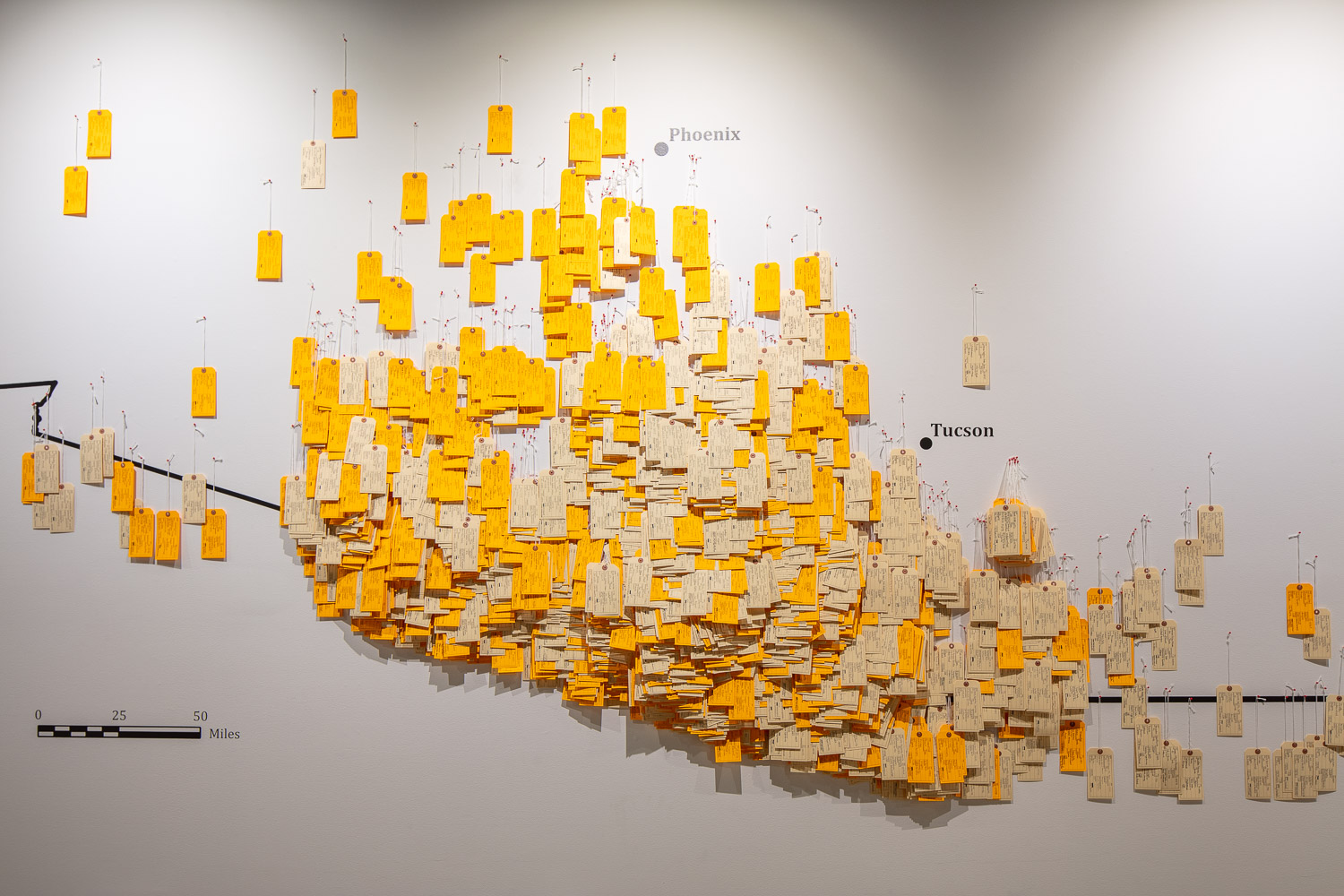 ANN ARBOR—Images of the Arizona desert rarely bring to mind Dora the Explorer backpacks or pink children’s coats. But thousands of objects like these lay baking in the Sonoran sun right now—a silent testament to the human tragedy of the current migration crisis. 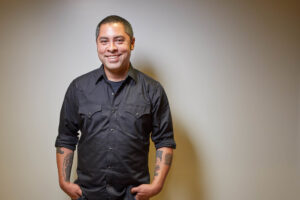 When University of Michigan anthropologist Jason De León first encountered such objects on the barren landscape, he was fascinated and shocked. The shock quickly turned to sadness when De León and his students also discovered human remains.

The researchers’ attempt to identify those remains caused a major shift in De León’s life’s work. His journey from traditional archaeologist to chronicler-of-the-migration-crisis is detailed in his 2015 book, “The Land of Open Graves: Living and Dying on the Migrant Trail.”

In his new project, “Hostile Terrain 94,” De León assigns names to those open graves and pays tribute to the people who died en route crossing the U.S.-Mexico border. The work, on view at U-M’s Mason Hall 8 a.m.-4 p.m. March 27-29, will serve as a test run for next year’s iteration, set to launch simultaneously in 94 locations around the globe.

De León collaborated with photographer Michael Wells and artist/curator Lucy Cahill to produce the work, which was first presented as a prototype at Franklin & Marshall College’s Phillips Museum of Art in Lancaster, Pennsylvania, in January. The exhibition compels viewers to bear witness to the same realities that transformed De León into a MacArthur fellow, author and founder of the Undocumented Migration Project.

“This is a way to put what I’m doing out into the world in a way that will likely reach more people than would ever read my book,” he said. 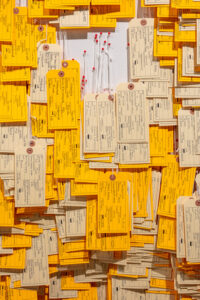 “Hostile Terrain 94” confronts viewers with a giant map of Arizona. The map is populated with 3,000 toe tags—cards used in morgues to identify the dead. Each toe tag represents a person who died attempting to cross the border through the Sonoran desert. As part of the exhibition, the viewer is invited to fill out the toe tags by hand, listing the person’s corresponding name, date, location of death and condition of the body.

It was the bereaved families of migrants who inspired the visceral experience, De León says.

“It’s one thing to go look at this exhibition. It’s another to commit yourself to a couple of hours to fill out these toe tags by hand and construct this memorial,” he said.

The exhibition title is derived from the year in which the current U.S. border policy took shape. De León believes the immigration policy caused thousands of deaths.

“Part of my motivation comes from having recovered those remains, which I traced back to a woman named Maricela,” De León said. “I met her family, and I’ve continued to work with them and other families of the missing and the dead. Those were difficult moments, but they inspire me to continue this work to raise awareness about those people.”

In most cases, the project will not take place in formal exhibition spaces. It is timed to launch during a two-week period in late September or early October 2020—just three weeks before the next U.S. presidential election. De León’s team is designing installation kits for each of the 94 hosting communities. Viewers to each exhibition will be responsible for filling out the 3,000 toe tags.

“I never, in my wildest dreams, imagined we’d be doing anything close to what we’re doing now,” De León said. “This is a way to take something that’s been happening for a long time and present it to folks in a different kind of way—I hope in a more accessible way.” 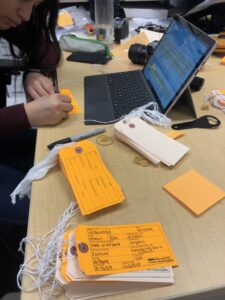 “Hostile Terrain 94” is part of the Undocumented Migration Project, in which De León uses forensic science, ethnography, archaeology, visual anthropology and linguistics to attempt to form a complete picture of the migrant experience.

After encountering acres of discarded backpacks, shoes and personal items in the Sonoran desert, he created his first project that blurred the line between art and anthropology: “State of Exception/Estado de Excepción,” which debuted at the U-M Institute for the Humanities in 2013. It was most recently presented at the Parson’s School of Design in New York City in 2017. The exhibition featured a wall of more than 800 abandoned backpacks that he collected in the desert.

For “Hostile Terrain 94,” De León wants to create as personal an experience as possible.

“When we finished the wall in Lancaster and took a step back, everybody started crying, or had to go for a walk,” he said.

So far, 50 communities have signed on to present the installation. De León encourages anyone who would like to host their own to visit Hostile Terrain 94.

“Hostile Terrain 94” is free to the public and will take place at Mason Hall outside of Room 2436. The exhibition is sponsored by the U-M Center for Latin American and Caribbean Studies and funded in part by a Title VI National Resource Center grant from the U.S. Department of Education.