Protests in Cuba: The beginning of a new revolution? 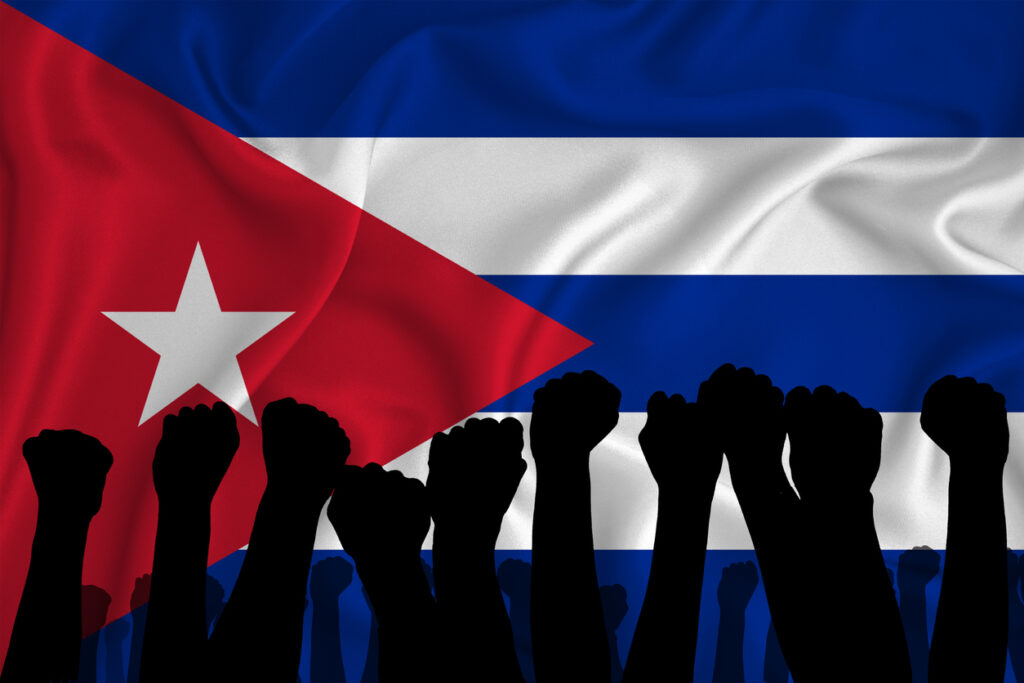 The protests calling for “Fatherland and Life” in Cuba have been met with military tanks and censorship by the Cuban government. University of Michigan sociologist Silvia Pedraza says the protests are the result of a perfect storm that includes the coronavirus pandemic, the lack of a charismatic leader, the deep financial crisis unleashed by changes in the currency, and greater access to the internet in recent years.

Originally from Cuba, Pedraza seeks to understand the causes and consequences of immigration as a historical process that forms and transforms nations. A professor of sociology and American culture, she is the author of several books, including “Political Disaffection in Cuba’s Revolution and Exodus,” and co-author of the forthcoming “Revolutions in Cuba and Venezuela: One Hope, Two Realities.”

What’s “Patria y Vida” and why is it relevant to the protests?

Current protests in Cuba are calling for “Patria y Vida” (Fatherland and Life), the title of a recent rap song by young, Afro-Cuban dissident artists, that has become the banner of the protest movement. The song was created by rappers both on the island and in Miami—Luis Manuel Otero-Alcántara, Maykel Osorbo and Yotuel, among others. It takes off from Fidel Castro’s motto of “Patria o Muerte” (Fatherland or Death), insisting that the Cuban government should provide its citizens with a decent life and liberty, as has been denied for over 60 years. This song is a continuation of the San Isidro movement that erupted last November 27, 2020, when hundreds of artists and other mostly young people sat in front of the Ministry of Culture for days, demanding a real dialogue with the Cuban government and real participation in the country’s political life. President Miguel Díaz-Canel denied them both, calling the dissenters “mercenaries” and blaming the protests on the U.S. embargo. Now the protests of thousands of people in many cities across the full length of the island is being met with military tanks and repression as the government insists “the revolution” must be preserved.

What has led to the current protests in Cuba?

We are seeing a number of completely different factors that have come together, creating a perfect storm. One of these factors is certainly the continuation of the U.S. embargo, but that is an old ingredient Cubans have adjusted to, so it can’t be said to be the cause of what is happening right now.

In January 2021, Cuba underwent a drastic reform of its financial life as it did away with the old currency it imposed many years ago, the CUC, and returned to the old Cuban peso overnight. The result was a spiraling inflation of prices that left Cubans unable to buy food or medicines, when they were hungry and ill. In the last decade, the Cuban economy has declined steeply, contracting by -11% GDP growth last year. At present, Cuba imports food and exports little. The pillars of Cuba’s economy are international tourism, Venezuela’s oil and remittances from the émigrés. Recently, all three have declined to the point where they no longer hold up the island’s economy.

The new ability that Cubans found in the last three years or so to get onto the internet, to see how the rest of the world lives and to communicate among themselves with ease (none of which was ever possible before), is quite an important ingredient. Before, events where the people rebelled against the government happened in different parts of Havana, for example, but nobody else knew what had happened so it never triggered a collective response. Now, we see that knowledge of what others are doing is widely shared and it has triggered a collective response. As a result, the Cuban government cut off the internet for some days.

Former President Trump also left in place some sanctions that have made a difference. For example, Trump did away with Western Union offices in Cuba. Now Cubans who live in poverty inside the island can no longer rely on the help from their family in Miami, throughout the United States, in Latin America and Spain. Until just a few months ago, the family overseas sent money, clothing, medicines and food. Now, Cubans whose lives are very precarious cannot rely on their family abroad to buoy them up.

The pandemic has also made a difference. The impact the coronavirus has had on society has been profound—not only in Cuba but also in the United States, India and Brazil. Not only has it killed many people, but also because people can see the government’s lack of capacity to deal with a very serious problem because the problem has not gotten better but has gotten much worse to the detriment of everybody in the population. Thus, no one believes that the government can be counted on to really help them.

So all of these things have come together and there is a perfect storm going on in Cuba. It could end in a massive exodus, but I am not expecting it to. People are not saying I want to leave this country and get out of here and make a new life somewhere else. What they are saying is we want a different government, we want real democracy in this country. This is our nation. This is our fatherland. This is our motherland. Look at the signs people are holding up, saying: “Patria y Vida.” Listen to what they are shouting: “Libertad” (freedom).

This could be the beginning of another Cuban revolution because it is not just about economics or just about the exodus. Now, it is about the political structure of the country. The problem is the government, which is not responsible to its citizens. The Cuban people are tired of communism—so many beautiful promises, so little delivered. I honestly believe that we are possibly seeing the beginning of a revolution in Cuba, another revolution after 62 years.

What other factors have influenced this wave of protests that we have seen in Cuba?

When the communist world collapsed in the early 1990s and something similar happened, when the economy contracted by -35% of GDP in three years and Cubans experienced great hunger, Fidel Castro, with his great skill and charisma and “lip service,” as they say in Cuba, called it “a special period” during a time of peace. Now, people don’t want to experience this twice. Second, Fidel Castro, with his great charisma, oratory skills, is not there. Raúl Castro is already very old and never had that charisma, though he did usher in some good reforms for the people. And Cuban President Miguel Díaz-Canel is not a leader who has reached the minds or hearts of the people, and I do not think he has much administrative capacity either because it is already seen that his response to the protests has been repression.

Social scientists often wish they could separate the impact of one variable from another in predicting a particular outcome, so we could say that this was due to the currency exchange or to Trump’s sanctions or to the coronavirus or to the dwindling help from Venezuela. But the reality is that it is due to all of this having come together, in a historically contingent manner. It has created a perfect storm.

What has been the contribution of the U.S. embargo to the crisis?

The embargo has been eased since 2000, when Congress voted to do so, given the tragedy of family separation that took place around the small boy, Elián González, the youngest balserito (rafter) to be rescued at sea. Since then, the U.S. is a major trading partner for Cuba. The United States sells cereals and grains to Cuba, from the Western states. It sells chickens from the Carolinas and turkeys from Michigan and some medicines.

It is up to Congress to ease the embargo further, and I think they should, as it has not been able to topple the Cuban revolution but has, rather, been counterproductive. One can see Cuba’s president now blaming all that is happening on the embargo—as they have consistently done. That is what counterproductive means. The Cuban government is going to try to blame everything on the United States embargo, but it is no worse now than before. More serious is that Donald Trump destroyed the ability of the Cuban exile to help their family on the island, to keep them afloat, such as it cannot be done at present.

Trump imposed very strong sanctions against Cuba. Biden could have easily removed them, but he hasn’t. New Secretary of State Antony Blinken said that neither Cuba nor Venezuela was a priority for the administration. So if anything will result from these protests, it is that they may well make Cuba, and perhaps Venezuela, a priority for Biden. I hope so.