While COVID-19 has been garnering the attention of leaders around the world, the transition period for Brexit ends Dec. 31, 2020. A group of researchers, including Holly Jarman and Scott Greer from University of Michigan’s School of Public Health recently analyzed the negotiating position in assessing the potential impact on health of the United Kingdom’s future relationship agreement with the European Union. They discuss the issue.

What are some key points of agreement and disagreement in the negotiations?

Our analysis finds that there are some important points of agreement between the parties. The two sides’ negotiating positions on the recruitment and retention of EU nationals, mutual recognition of qualifications, continued reciprocal health care arrangements, capital financing, public spending, use of medical isotopes, exchange of comparable data, data protection, cross-border care, public health and research are relatively compatible. 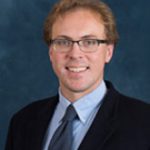 Having said that, do you foresee Brexit having any negative effects on the health care system?

The likely outcomes involve major negative effects for National Health Service staffing, funding for health and social care, and capital financing for the NHS, and for UK global leadership and influence.

We expect minor negative effects for cross-border health care (except in Northern Ireland), research collaboration and data sharing, such as the Early Warning and Response System for health threats.

How is this relevant especially since we are in the middle of a pandemic?

Despite political narratives, the legal texts show that the U.K. seeks de facto continuity in selected key areas for pharmaceuticals, medical devices and equipment (including personal protective equipment), especially clinical trials, pharmacovigilance and batch-testing. However, the U.K. will be excluded from economies of scale of EU membership, such as joint procurement programs as used recently for PPE.

Above all, there is a major risk of reaching an agreement with significant adverse effects for health, without meaningful oversight by or input from the U.K. Parliament or other health policy stakeholders.The biggest risks to the stability and integrity of the NHS going forward relate to recruiting and retaining NHS staff, generating public funding for health and social care, and securing adequate capital financing. Smaller negative impacts on health are likely to result from changes in cross-border health care, research collaboration and data sharing.

You say that the U.K. might lose global influence. Why is this relevant?

The U.K.’s loss of power and influence, both globally and among its European neighbors, will likely have negative effects on health. Going forward, the U.K. will no longer be able to take part in setting the rules for one of the world’s biggest markets, and will carry less weight when negotiating with its other trading partners. Finally, a further set of challenges arises from the flaws in the negotiating process itself.

Brexit is a symptom of deep problems within the U.K.’s governance structures, including executive dominance and a lack of transparency in political decision-making. In the context of the ongoing Brexit negotiations, this translates into a lack of adequate oversight for the process on behalf of the U.K. Parliament and inadequate broader scrutiny via public debate. These governance problems are likely to persist throughout the transition period and beyond.

Do you have any recommendations to help mitigate some of the risks?

We found a substantial number of areas in which there is scope for an agreement between the United Kingdom and the EU. If Brexit talks were only about cross-border medical treatment or the recognition of professional qualifications, it would not be hard. But as they say in complex negotiations, nothing is agreed until everything is agreed. These talks will be hard. The way to get a deal that preserves health in the U.K. is to engage in the professional and serious negotiation that the U.K. has, so far, not even tried to start.

Do you have any additional comments on whether/if the pandemic has shown some weaknesses or strengths of the current U.K.-EU model that should be erased/preserved in Brexit?

The European Union didn’t initially cover itself in glory when the pandemic hit. Its public health powers had been deliberately made weak and it initially could do little. But its role in pandemic response is growing and likely to keep growing for the simple reason that the member states are too tightly connected to operate without coordinating mechanisms, shared resources and data. The U.K., by opting out of as much EU public health policy as possible, is going to sever itself still further from the EU, just when it is also doing a far worse job of containing the pandemic. Disasters such as pandemics tend to accelerate existing trends, and few of the trends in U.K. health policy have been good.