From Brazil to Ann Arbor: Izabel Varejão shoots high on and off the court 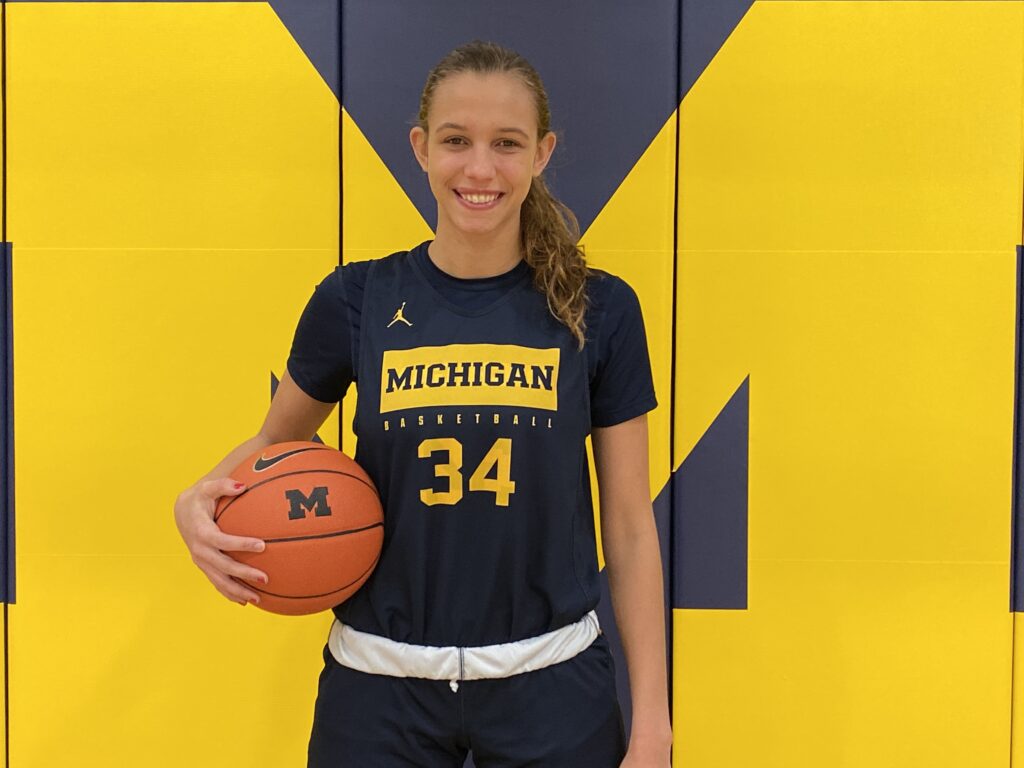 The 6-foot-4-inch center is one of the Wolverines’ younger players this season.

“It’s my debut! I’m a little anxious, my heart is pounding,” Varejão said. “But our exhibition game last week against Northwood helped a lot, especially considering I played well and had a special person in the crowd.”

If you paid attention to her last name, there is a good chance you guessed correctly. Yes, former NBA player and Izabel’s uncle, Anderson Varejão, was in Crisler Arena. The Brazilian basketball icon played 13 seasons in the NBA, most of them with the Cleveland Cavaliers.

“It was a great game and she did very well,” he said. “I found the respect she had for her opponents very interesting. She played very seriously, focused, with strength, fighting for all the balls and jumping on the floor. It shows a lot about who she is and how she faces each game.

“Every time she scored, to see the crowd cheering for her, her name being announced and, of course, seeing the name Varejão on her jersey. This is the girl I watched growing up and held in my lap. Watching her was really exciting and very cool.”

And the younger Varejão not only impressed her uncle. In the exhibition game, she was the standout of Michigan’s freshman trio, which includes guards Maddie Nolan and Michelle Sidor. In 21 minutes on the court, she scored 18 points and had six rebounds, three blocks and two steals.

“This weekend’s games are going to be more challenging but I am confident,” she said. “I have been preparing myself for this moment and practicing hard.”

Leading Michigan since 2012, coach Kim Barnes Arico has been a great influence during Varejão’s adaptation and development as an athlete. 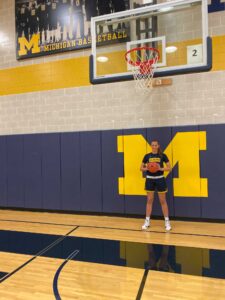 Varejao is the niece of former NBA player Anderson Varejao, who played alongside LeBron James with the Cleveland Cavaliers.

Varejão chose Ann Arbor to be her new home after meeting with Arico and Michigan players during an official visit last October.

“I can barely explain it. As soon as I set foot here, I already knew this was the place for me,” she said. “The girls were very welcoming and I saw a family relationship among them. I instantly felt I was home.”

The scheduled visits to other universities were then canceled and Varejão began organizing her move from Raleigh, North Carolina, where she played high school basketball for two years.

In July, proudly wearing the maize-and-blue jersey, the Michigan freshman began practicing for the 2019-20 season.

“Nothing can be compared with the pace and expectations here. The practices’ intensity and velocity are very different. We run the whole time,” she said. “Basketball is a contact sport. There’s impact on your body, on the floor and while jumping. I’m working to gain more muscle strength to be prepared for the games. Otherwise, I can literally break.”

Scoring points on and off the court

In addition to thriving in Michigan during her inaugural season, Varejão works toward two other dreams: becoming a doctor and being recruited by Brazil for the 2020 Summer Olympics.

“I am aware they are two big challenges, but I believe that with discipline and determination I can get there,” she said. “I have a lot of time to pursue my medical degree, but not that long to be recruited for Tokyo.”

Her aspiration to represent Brazil in Tokyo has an extra motivation.

“It’s a dream to be part of the same delegation as my uncle Anderson and this could be his last Olympic participation. So I’ll do everything I can to be there,” she said.

“Imagine playing the most important international multisport event with your uncle, making history together. It would be a great honor to be there with him and be able to represent our state Espírito Santo, where basketball is dying, especially women’s. And also, having our family members together, cheering for us. It would be a dream come true.”

While her Olympic dream to play for Brazil’s women’s basketball team next summer or her long-term goal to become a doctor may is guaranteed, one thing is certain: Varejão will have a familiar face among Michigan fans cheering for her.

“I will try to follow this season as closely as possible and whenever I can, I will be watching the games in person,” Anderson Varejão said. “At the inaugural match, she didn’t know we (he and his wife) would be there. So at the end of the game, when she saw us, she started crying. It was a really cool moment, I got really emotional and now I want to go back to watch more games.”