ANN ARBOR—University of Michigan biologists have documented, for the first time, the widespread presence of the notorious chytrid fungus in 80 species of frogs from lowland rain forest sites in the Peruvian Amazon.

The chytrid fungus causes a deadly skin disease and has been linked to dramatic amphibian declines worldwide over the past 40 years, most notably in moderate- and high-elevation frog communities—where the climate is cool—in mountainous regions of western North America, Central America, South America and eastern Australia.

But little attention has been paid to the role of tropical lowlands in the pathogen’s persistence, because such areas were thought to be too warm to harbor significant levels of the Batrachochytrium dendrobatidis fungus, which is known as Bd.

In a paper scheduled for publication Oct. 16 in the journal PLOS ONE, the U-M-led research team reports widespread Bd infection across 80 frog species from three sites in lowland tropical rain forests of the Peruvian Amazon, a region with no documented Bd-related amphibian declines.

“Our results showing high and widespread prevalence across a lowland tropical ecosystem contradict the expectations based on the global pattern of pathogenicity of Bd that is largely restricted to higher elevations and colder temperatures,” the authors wrote. “These findings imply that the lowland may play a critical role in the spread and persistence of Bd over time and space.”

The first author of the PLOS ONE paper is Imani Russell, who did the work for a master’s thesis in the U-M Department of Ecology and Evolutionary Biology. Even lowland Peruvian Amazon frogs with very high levels of Bd infection showed none of the external signs of disease usually seen in infected frogs at higher elevations, she said.

Those signs can include reddening and sloughing of skin, lethargy and failure to flee. The skin disease is called chytridiomycosis. 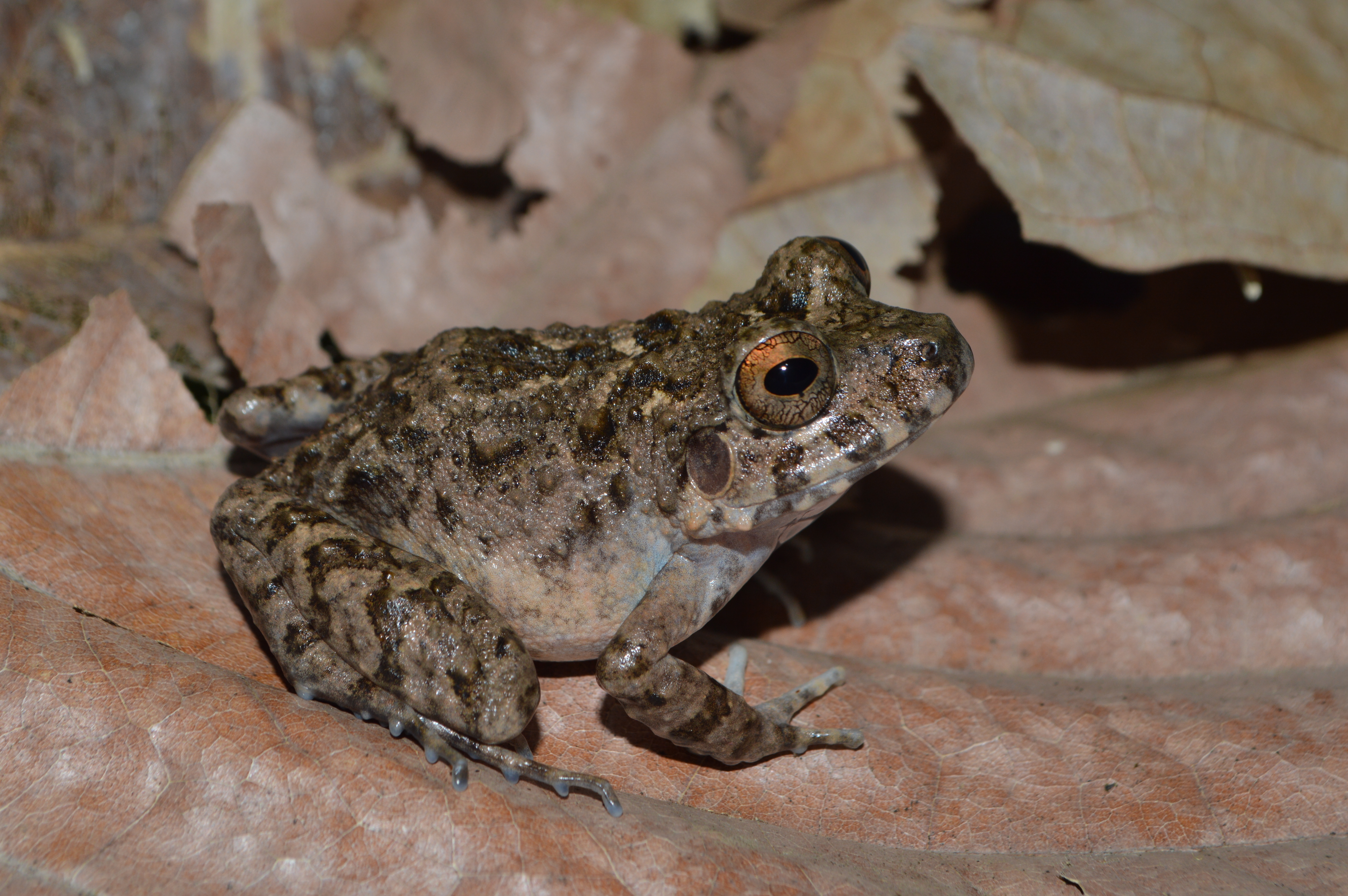 An Oreobates quixensis frog from the lowland Peruvian Amazon, one of the species found to be infected with chytrid fungus in a new University of Michigan-led study. Image credit:Consuelo Alarcón Rodriguez.

“Many conservation biologists thought they didn’t need to worry about this fungus infecting frogs in hot lowlands,” said Russell, who is now a graduate research fellow in the doctoral program at the University of California, Santa Barbara.

“But now we know that these lowland frogs can harbor high levels of fungal infection without dying or even looking sick. That means they could serve as a large disease reservoir for future fungal infections across many frog populations in Peru.

“This knowledge can help conservation biologists better tailor their management strategies to slow frog population declines around the world.” 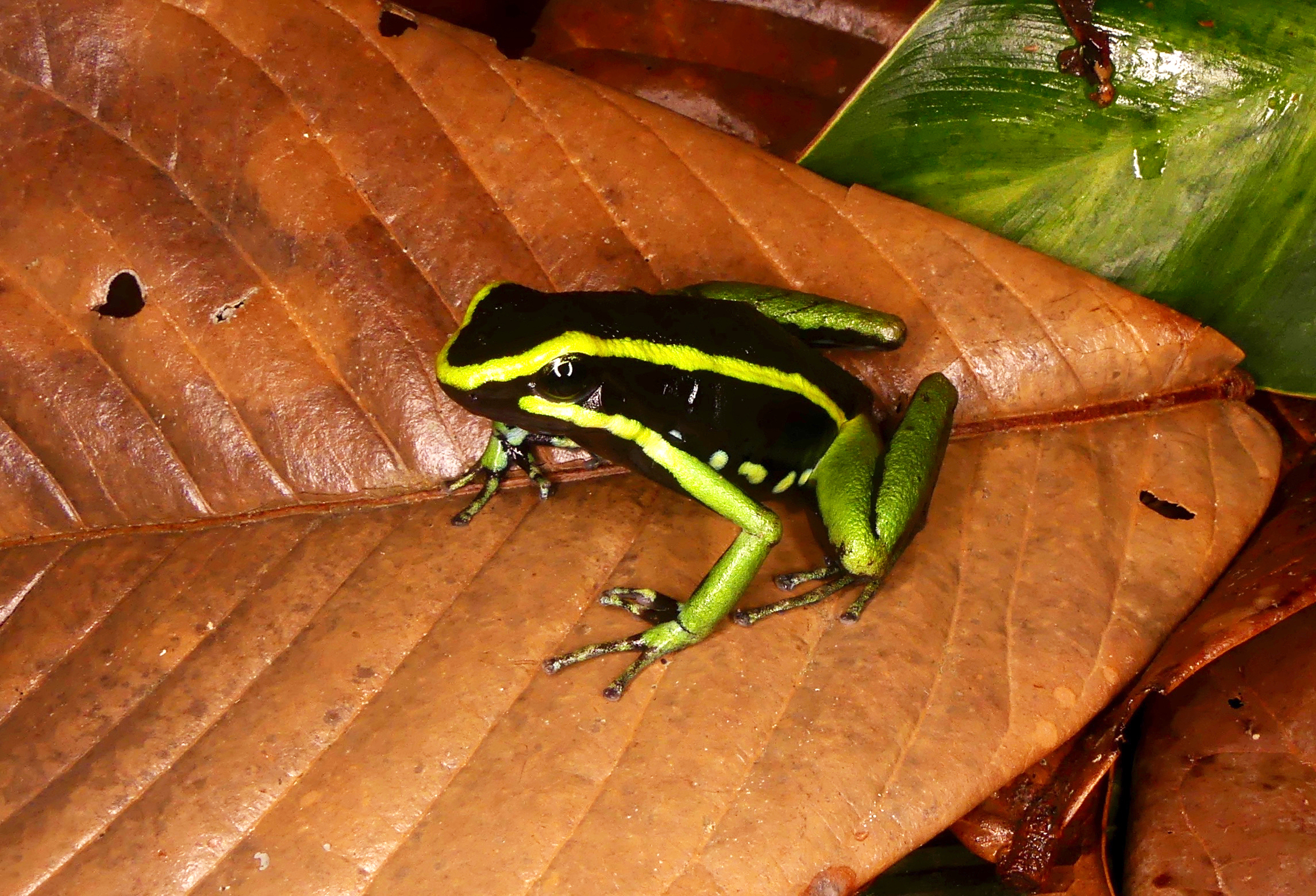 An Ameerega trivittata frog from the lowland Peruvian Amazon, one of the species found to be infected with chytrid fungus in a new University of Michigan-led study. Image credit: Dan Rabosky.

A total of 324 frogs were collected. Despite observing no clinical signs of infection in the field, the researchers found that 24% to 46% of individuals were infected with Bd per site, with up to 105,000 fungal spores per frog. Infection loads above 10,000 spores are sometimes called hyper-infections and were thought to be the most likely to cause harmful effects in frogs and to result in population declines.

DNA from the skin-swab samples was sequenced, providing the first genetic analysis of Bd strain types from Peru. It showed that the Peruvian frogs were infected by strains within the Bd global pandemic lineage. Bd-GPL is the most virulent and widespread form of the pathogen and has been documented on all continents where amphibians occur.

The researchers looked for factors that might explain the infection rates they observed.

“We expected to find that a particular group or species of frog was significantly more infected than the rest, or that our cooler site would have drastically more Bd and higher infections. But that just wasn’t the case,” said study senior author Alison Davis Rabosky, who was Russell’s faculty co-adviser at U-M.

“We found no detectable relationship between which species were infected, in what types of environment they lived, and how high their infection loads were,” said Davis Rabosky, an assistant professor in the U-M Department of Ecology and Evolutionary Biology. “Chytrid just seemed to be everywhere.”

The researchers said their findings should be especially valuable to researchers who work with disease-risk models to predict where outbreaks are most likely to occur.

One of the big remaining questions arising from this study is whether the authors documented a new set of infections that recently entered the Amazon, or longstanding infections that were simply overlooked, until now, because researchers did not expect to see high levels of chytrid fungus in lowlands.

“These results force us to reconsider the assumption behind models that predicted that the Amazon would be a cold spot for Bd,” said study co-author Timothy James, a mycologist and an associate professor in the U-M Department of Ecology and Evolutionary Biology.

“Clearly, these models are failing to capture some factor that is unique about this ecosystem that we need to further explore. Alternatively—and this would be alarming if it’s the case—Bd may be evolving rapidly in situ to tolerate this extreme niche.” 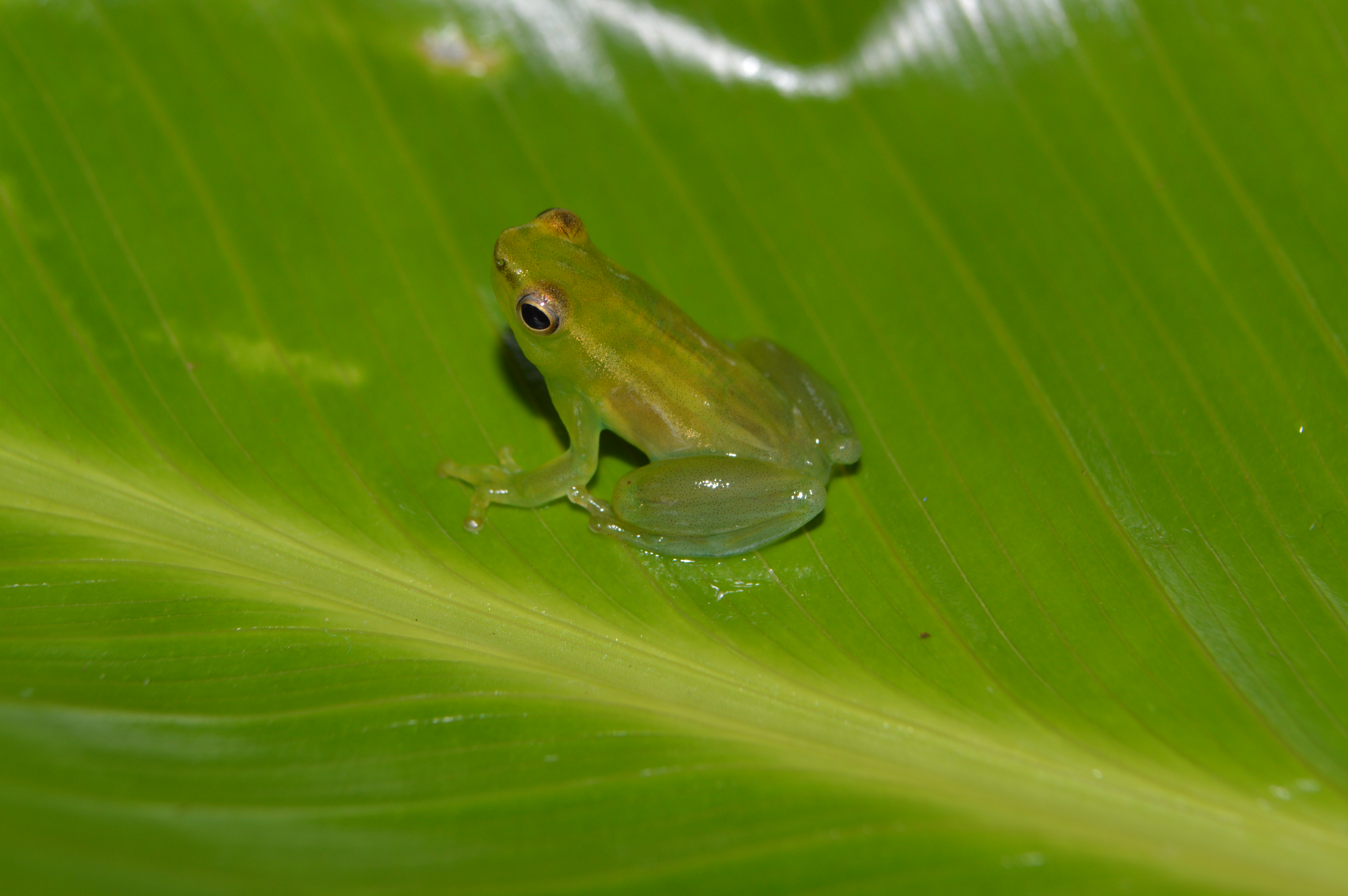 A Sphaenorhynchus carneus frog from the lowland Peruvian Amazon, one of the species found to be infected with chytrid fungus in a new University of Michigan-led study. Image credit: Consuelo Alarcón Rodriguez.

In addition to Russell, Davis Rabosky and James, the authors of the PLOS ONE paper are Joanna Larson, Rudolf von May and Iris Holmes of the U-M Department of Ecology and Evolutionary Biology.

Funding for the project was provided by the David and Lucile Packard Foundation, a U-M Department of Ecology and Evolutionary Biology Block Grant, a Rackham Graduate Research Grant, U-M faculty startup funds, the Lewis E. Wehmeyer Fund, and the U-M Museum of Zoology’s Herpetology Division.