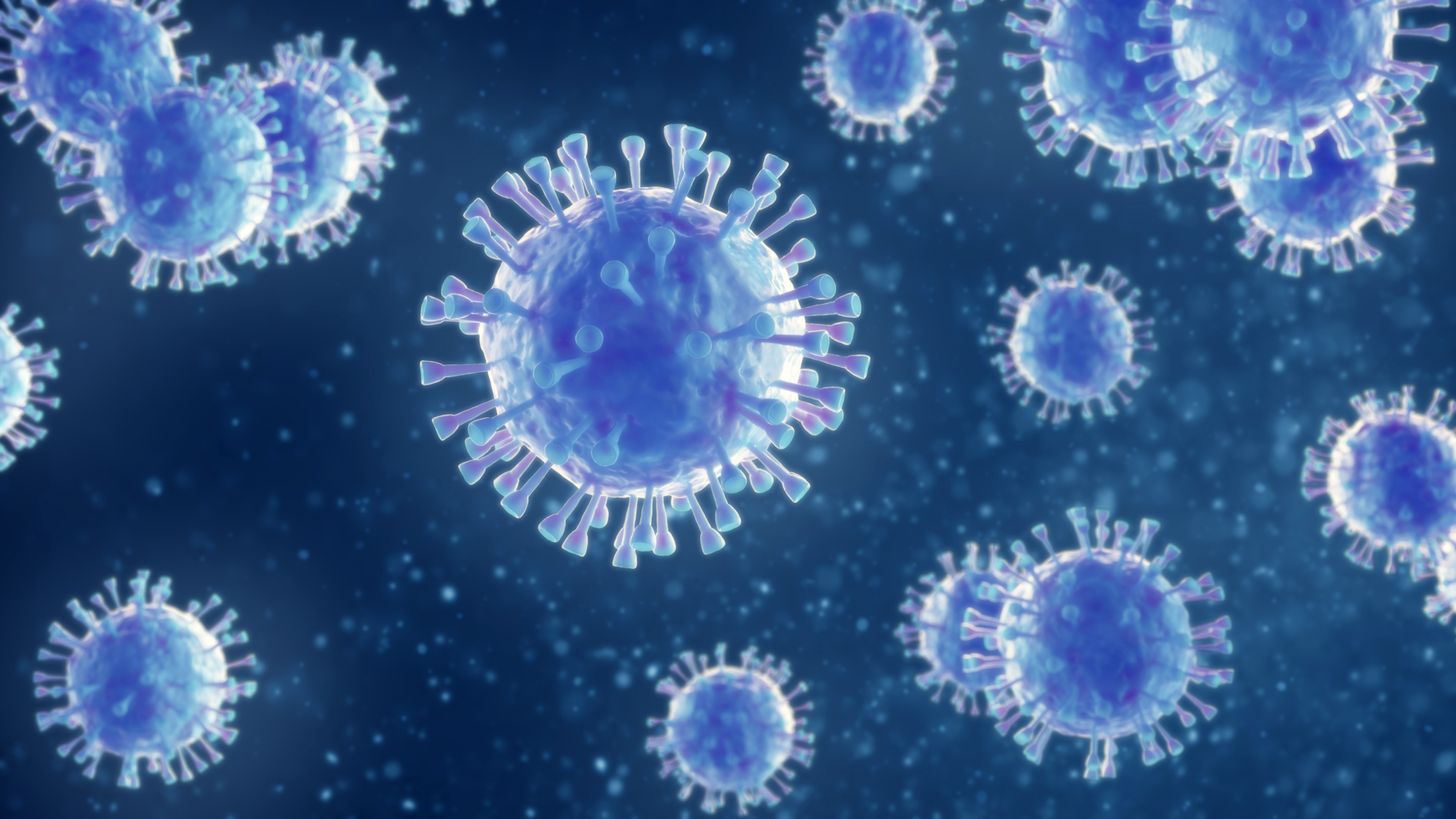 Mary Gallagher, professor of political science and director of the Lieberthal-Rogel Center for Chinese Studies, is an expert on Chinese politics, U.S.-China relations, labor and workers in China, and employment and labor law in China. She can discuss the political and economic implications of the travel lockdown on the eve of the Lunar New Year.

“The Chinese government response to the Wuhan Coronavirus crisis is like the 2003 SARS crisis, but sped up,” she said. “This shows that the government realized its mistakes more quickly this time. What took months in 2003 took days in 2019.

“But still, for a resident of Wuhan or any large Chinese city, it must be confusing and infuriating that on the weekend the government reassured citizens that the virus did not spread between humans and was under control, and then, only four days later, to initiate an unprecedented lockdown of Wuhan and other cities on Thursday.

“It remains unclear if the early inaction was due to a lack of urgency, an inability to test people properly and quickly, or a desire to maintain a sense of stability before the Lunar New Year. Crises like this undermine people’s confidence in the government’s credibility and compassion.”

Herek Clack, associate professor of civil and environmental engineering at the College of Engineering, has studied airborne disease transmission and has developed a technology—a nonthermal plasma reactor—that can remove and inactivate airborne pathogens by electrically charging them.

“We’ve tested it in our lab at the University of Michigan on a surrogate virus, proving that it’s 99.9% effective at either removing or inactivating that virus,” he said.
Clack can discuss the airplane environment, and the issues that surround contagions in the cabin air.

“All commercial aircraft have particulate filters in their cabin air treatment system. The problem is that viruses are much smaller than the smallest particles that typically can be captured on those filters. So, unless the virus is in, or on, a larger particle, it is unlikely that the virus by itself would be substantially removed as a result of being filtered by the typical passenger airplane filters.”

Aubree Gordon, associate professor of epidemiology at the School of Public Health, works on infectious disease epidemiology and global health, particularly the epidemiologic features and transmission of influenza and dengue fever. She is an investigator with the Centers of Excellence for Influenza Research and Surveillance.

“While the full extent of human-to-human transmission is still not known, Chinese authorities have verified multiple generations of transmission, meaning that transmission is clearly occurring in the community,” she said. “This is worrisome as the easier it is for this virus to be transmitted, the harder it will be to control the outbreak.

“Initial reports suggest the severity of illness caused by this virus may not be as severe as SARS in 2002-03, however it is still very early in the outbreak and the true extent of severity is not yet known. We do know that it’s causing severe lower respiratory disease in more than 20% of detected cases to date. What we don’t know is if there are many more mild cases that occurred at the same time and were not detected.”

Arnold Monto, the Thomas Francis Jr. Collegiate Professor of Epidemiology at the School of Public Health, is an internationally known expert on the transmission, prevention, mitigation and social response to outbreaks and pandemic planning including transmission modes. He has served as an adviser for the World Health Organization, consulted with the U.S. Department of Defense on communicable diseases, and visited Beijing during the SARS coronavirus episode in 2003.

Howard Markel, the George E. Wantz Distinguished Professor of the History of Medicine at the Medical School and director of its Center for the History of Medicine, has studied epidemics over history and the effectiveness of efforts to contain their spread. He can speak on issues related to quarantine and travel.

His collaborative study with the Global Migration and Quarantine division of the U.S. Centers for Disease Control and Prevention on the 1918-19 influenza pandemic has played a major role in shaping the policies of the federal government, nations around the globe and the World Health Organization as they consider how to mitigate future pandemics. He is the author of “When Germs Travel: Six Major Epidemics That Have Invaded America Since 1900 and the Fears They Have Unleashed.”

Emily Toth Martin, assistant professor of epidemiology at the School of Public Health, is an infectious disease epidemiologist with a focus on virus epidemiology and the use of vaccines and therapies to prevent and treat infection. Her research includes optimizing the use of diagnostics for viral diseases.

“We know this virus is a coronavirus,” she said. “Other coronaviruses have caused very serious infections, like during the SARS outbreak, but some cause mild symptoms like the common cold. It’s too soon to know how efficiently this virus is spreading between humans, or whether it is likely to die out on its own. There is a lot yet to learn about this virus, so public health officials are being cautious.”

Theodore Standiford is a professor of medicine and interim chief of the Division of Pulmonary and Critical Care Medicine.

“Based on disease modeling, it is quite likely that the number of cases has been considerably underestimated and could be more than one thousand,” he said. “In contrast to SARS-CoV and MERS-CoV, there has been no documented cases of individuals being infected outside of Wuhan, China, and no documented infections in health care workers caring for infected patients.

“Also, the risk for pandemic spread of the virus has been minimized by the early actions of the Chinese health authorities, WHO and CDC, including prompt closure of the site where the infection originated (fish and animal market in Wuhan City), systematic screening and quarantining of travelers departing from Wuhan and in destination cities nationally and internationally, and earlier and better adherence to contact and respiratory isolation precautions of infected subjects.

“Fortunately, the illness caused by 2019-nCoV appears to be less severe than that caused by SARS-CoV and MERS-CoV, coronaviruses which were associated with mortality rates of approximately 10% and 35%, respectively.”

The Wuhan Novel Coronavirus: Should You Be Worried?

Krista Wigginton is an associate professor of environmental engineering at the College of Engineering. Her research interests include the detection and fate of viruses in water and air, and on how to better control the environmental transmission of viruses. She led a 2015 study looking at the potential presence and fate of enveloped viruses in the urban water cycle, with emphasis on coronaviruses (e.g., SARS and MERS) and avian influenza viruses.

“The transmission of enveloped viruses, like coronaviruses and influenza viruses, is not usually associated with water; however sewage did play a role in some SARS coronavirus transmission,” she said. “We need to anticipate the potential role of the urban water cycle in the spread of pandemic viruses, particularly for avian influenza viruses and coronaviruses. In order to address this, virologists, environmental engineers, and public health researchers must work together.”

Peter Jacobson, professor of health management and policy at the School of Public Health, can discuss the legal issues involving the spread of infectious diseases, including quarantine. His research focuses on the relationship between law and health care delivery, law and public health systems, and health equity. He has looked at previous cases including the 2014 Ebola outbreak, when several states imposed quarantines exceeding guidelines from the federal Centers for Disease Control and Prevention.

“As long as the screening is conducted in a nondiscriminatory manner and is limited in duration and scope, CDC appears to be acting appropriately under the circumstances,” he said.

Joseph Eisenberg, professor of epidemiology at the School of Public Health, is an expert on infectious disease epidemiology and has 20 years of experience in microbial risk assessment work focused on water quality. He is part of a group of scientists from around the country who are involved with the Modeling Infectious Disease Agents Study, an NIH-funded program that focuses on infectious disease transmission modeling with a particular focus on waterborne pathogens. Their work has informed recent Ebola projections about infection rates and deaths.

Linda Lim, professor emerita of corporate strategy and international business at the Ross School of Business, focuses her research on the political economy of multinational and local business in Southeast Asia. That includes the changing international trade and investment environment, and the influence of domestic politics, economic policy and culture on business structure, strategy and operations.

Michael Imperiale, professor of microbiology and immunology at Michigan Medicine, studies virus replication, virus-host cell interactions and science policy. He serves as U-M’s associate vice president of research-policy and compliance and has served on the National Science Advisory Board for Biosecurity, a presidentially commissioned advisory board, and on various policy-related committees of the National Research Council and the National Academies.

Adam Lauring is associate professor of microbiology and immunology, and infectious diseases, at Michigan Medicine. He studies RNA viruses, which include coronaviruses, evaluating their rapid mutation rate and implications for human disease. He collaborates with researchers at the School of Public Health to study how the influenza virus changes in home and clinical settings.

Sandro Cinti, professor of infectious disease at Michigan Medicine, is involved in preparation for bioterrorism and emerging infections at the national, state and local levels. In addition to treating infectious disease patients and training medical students and residents in the identification and care of infectious conditions, he helps lead biopreparedness activity at Michigan Medicine and coordinates with colleagues across the metro Detroit area and beyond.