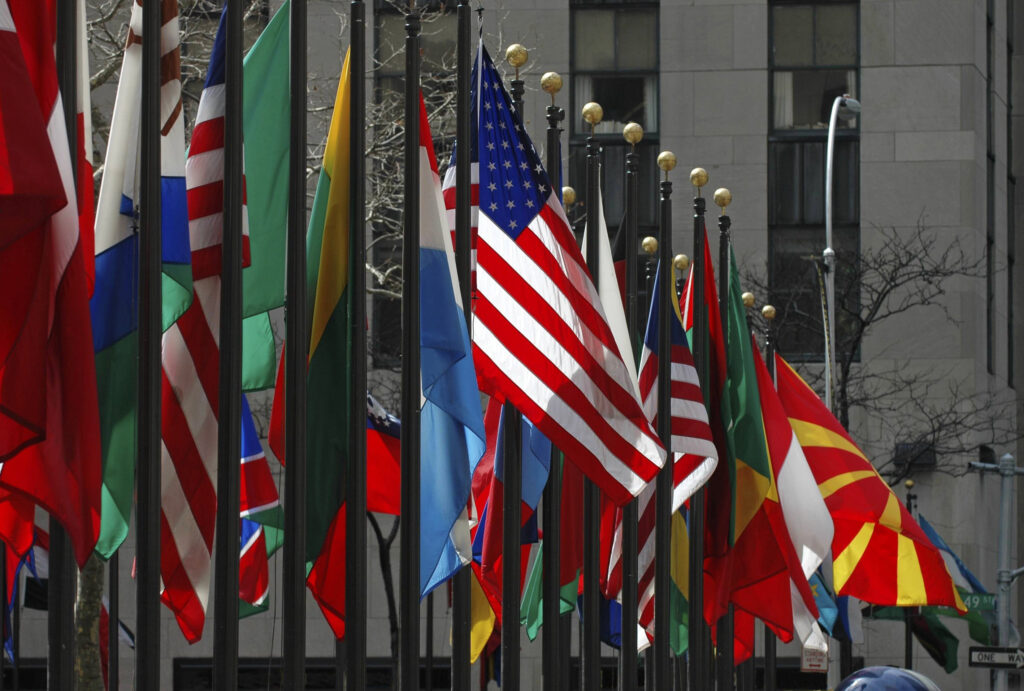 The Biden administration will face a wide range of domestic and foreign policy challenges, ranging from immigration reform and DACA policies to North Korea’s increasing threat. He’ll also have to mend relationships with U.S. international allies.

University of Michigan experts can discuss these issues, as well as policies related to international trade, climate change, the coronavirus pandemic and a variety of domestic policy issues.

William Lopez is a clinical assistant professor of health behavior and health education at the School of Public Health and faculty associate in the Latina/o Studies Program. He is the author of the book “Separated: Family and Community in the Aftermath of an Immigration Raid.” He can discuss the impact of DACA and immigration reform from a public health perspective.

“DACA has been shown to improve the lives, health, and economic and educational opportunities of undocumented immigrants. However, at its core, it’s still only a temporary relief from deportation,” he said. “Now is the opportunity to move forward from the immigration policy of the Obama administration and propose legislation that not only supports undocumented community members, but gives them a path to citizenship and an opportunity for full inclusion in our society.”

Silvia Pedraza is a professor of sociology and American culture, focusing on the impact of immigration and U.S. relations with Cuba and Venezuela. She’s co-author of the forthcoming book “Revolutions in Cuba and Venezuela: One Hope, Two Realities” and is author of “Political Disaffection in Cuba’s Revolution and Exodus.”

Margo Schlanger, the Wade H. and Dores M. McCree Collegiate Professor of Law, is a leading authority on civil rights issues and served as the officer for civil rights and civil liberties in the U.S. Department of Homeland Security.

Ann Lin is an associate professor of public policy at the Ford School of Public Policy. She is currently studying potential immigration policies, such as guestworker programs and legalization, and the political beliefs of American immigrants, with a specific focus on Arab Americans.

“President Biden has signaled that providing a path to citizenship for undocumented immigrants is a priority for his first year in office,” she said. “But I hope he doesn’t simply try to revive the comprehensive immigration bills that failed to pass in both the Bush and Obama administrations.

“We need an immediate solution for immigrants who have lived in the U.S. for decades, worked and paid taxes, but don’t have a way to ‘stand in line’ for permanent residence and citizenship. They deserve a simple way to legalize their status, not the 10-year obstacle course that some of those earlier bills laid out.”

Javed Ali, the Towsley Foundation policymaker in residence at the Ford School of Public Policy, is a former senior U.S. government counterterrorism official.

Melvyn Levitsky is a professor of international policy and practice at the Ford School of Public Policy. A retired U.S. ambassador, he served as officer-in-charge of U.S.-Soviet bilateral relations and as a political officer at the U.S. Embassy in Moscow.

“President Biden will have a full inbox on his desk. The first item of business will be dealing with the coronavirus,” he said. “He will also want to get his cabinet confirmed in speedy fashion. In foreign affairs, expect a big sigh of relief from our European and Asian allies. The Biden administration will seek to repair the torn fabric of our alliances as a first order of business. We will also return quickly to the World Health Organization and to treaties Trump annulled, especially the Paris Climate Accord and the Transpacific Partnership on trade.

“Biden will have a much harder stance on Russian interference in U.S. domestic affairs and on human rights, but he will seek to restart negotiations on arms control, New Start and INF. He will press China to work on the North Koreans. He will not be as forthcoming on bilateral issues with Israel; at some point, he will begin a renewed initiative to broker an agreement between Israel and the Palestinians. Overall, President Biden will try to restore U.S. leadership in international affairs. Promoting U.S. interests will be out front, but it will no longer be America alone.”

Shobita Parthasarathy is a professor of public policy and director of the Ford School of Public Policy’s Science, Technology, and Public Policy Program. Her research focuses on the comparative and international politics and policy related to science and technology.

“Generic drug manufacturers around the world—many in low- and middle-income countries—are ready to produce COVID-19 vaccines, if only the World Trade Organization adopts a proposal submitted by India and South Africa to waive
intellectual property rights on COVID-19 vaccines and other technologies including
some patents, trade secrets and other tacit knowledge,” she said.

“One hundred member countries of the WTO have already signaled support, but the United States, United Kingdom and European Union have blocked its passage. I urge President-elect Joe Biden to support this proposal and convince our European allies to do the same. It will allow him to quickly fulfill his priorities to re-establish America’s leadership in the world and work towards racial equity, while also hastening the world’s recovery from the pandemic.”

Mary Gallagher is the Amy and Alan Lowenstein Professor of Democracy, Democratization, and Human Rights and director of the International Institute.

“The Biden administration enters office with U.S.-China relations at its lowest point in decades,” she said. “Although the previous administration promised to be tough on China, in the end, the Trump administration lost the trade war, failed to deal effectively with the global pandemic, and could not thwart the ongoing loss of autonomy and civil rights in Hong Kong. The Biden Administration, staffed with many Obama-era officials, will continue the toughness of the DJT administration, but with far more effective implementation of policy and far more engagement with our allies.”

Nicholas Howson, the Pao Li Tsiang Professor of Law, acts regularly as a Chinese law expert or party advocate in U.S. and international litigations and/or U.S. government enforcement actions. He is a member of the Council on Foreign Relations and a designated foreign arbitrator for both the China International Economic and Trade Arbitration Commission in Beijing and the Shanghai International Economic and Trade Arbitration Commission.

Linda Lim, professor emerita of corporate strategy and international business at the Ross School of Business, focuses her research on the political economy of multinational and local business in Southeast Asia.

Xiaohong Xu is an assistant professor of sociology. His research lies in the intersection of comparative historical sociology, cultural sociology and political economy. He has investigated and published on patterns of contention in revolutionary China as well as state formation in early modern Europe.

John Ciorciari is an associate professor of public policy and director of the International Policy Center and Weiser Diplomacy Center.

“The Biden administration faces a tsunami of foreign policy challenges. Great-power competition is at a level unseen since the Cold War, while the pandemic and related crises such as mass migration show international institutions in a state of disarray,” he said. “North Korean nuclear advances, festering wars in Yemen and Syria, authoritarian clampdowns in Venezuela and Belarus, Taliban terror in Afghanistan, migrant caravans in Central America, and vaccine distribution worldwide are all among the problems demanding U.S. leadership and multilateral action.

“To repair some of the damage to U.S. prestige and partnerships, the Biden administration needs to start from the inside out. It needs, first and foremost, to restore confidence abroad about America’s capacity to tackle problems at home. On that basis, the administration can begin to turn the tide in foreign affairs—rebuilding its diplomatic corps, undertaking visible and concrete cooperation with key allies, and reinvesting in global institutions to tackle the many threats to human security that can only be managed through complex transnational networks.”

E. Han Kim is the Everett E. Berg Professor of Business Administration and professor of finance at the Ross School of Business. He served as the adviser to the Korean government’s team to renegotiate its foreign debt obligations with international bankers.

Hyun-Soo Ahn is a professor of technology and operations at the Ross School of Business. He develops and analyzes mathematical models on supply chain management, pricing and revenue management, workforce agility and resource allocation.

Samer Mahdy Ali, associate professor of Arabic language and culture, is director of the Center for Middle Eastern and North African Studies.

Ronald Grigor Suny is the William H. Sewell Jr. Distinguished University Professor of history and professor of political science. He is also a senior researcher at the National Research University-Higher School of Economics in Saint Petersburg, Russia.

“The election of former Vice President Joe Biden offers an opportunity for the United States to revive its commitment to the liberal international order,” she said. “As Biden has already acknowledged, two important first steps in this process are displaying a greater willingness to listen to and engage in meaningful discussions with traditional allies, and renewing American participation in supranational organizations like the World Health Organization.

“With his decades of political experience and demonstrated inclination to reach across the aisle, Biden is well suited to repair strained or broken relations with members of the international community while working collaboratively to chart a course for a gradual reorganization of the global system.”